Welcome to the Internet Home of Goshen & Fairfield Sports 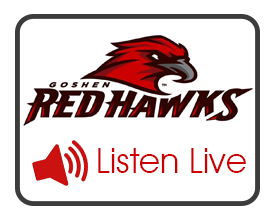 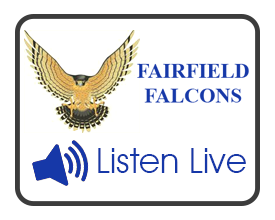 Signup for our email or text game alerts.

The Lady RedHawks C-Team picked up their first win of the season over Concord by a final score of 26 -19. The Lady RedHawks were led by Grace Kercher with 13 points and Kaci Shepard with 6 points. ... See MoreSee Less

Goshen High School and Edward Jones are proud to announce the student-athlete of the month award to recognize athletic and academic excellence. A senior male and female student-athlete will be selected from August-May each school year. At the end of the year, a $1,000 scholarship will be awarded to one male and one female student athlete of the month, as selected by the GHS coaching staff.
The winners of the Edward Jones Student-Athlete of the Month Award for October are:

Ryan is the son of Sonia Perales and Israel Diaz. He has two brother Dorian and Matthew and one sister Sophia. Ryan finished with a 2nd place finish at Sectional. He finished in 9th place finish at Regional to help lead his team to a Regional Cross-Country Champion! Ryan has won the JV Award, Most Improved, and captain for cross country. Ryan has participated in cross country for four years and track for three years. He is a three-time letter winner for cross country and a two-time letter winner for boys track and field. Ryan is involved in Orchestra and Jazz Strings at Goshen High School. He has been named All-Conference, NLC Champs, Regional Champs, and state-qualifier for cross country this season. Ryan is a two-time state qualifier for orchestra. He has a 3.56 GPA. Ryan has received the Kiwanis Scholar Athlete award throughout his high school career for his outstanding grades while participating in athletics. After high school, he would like to attend college and major in Accounting ... See MoreSee Less